Fine Wines International of San Francisco is delighted to announce that we're now buying wines directly from Chateaux Haut-Brion and La Mission Haut-Brion. These exceptional wines have never left the cellars of the estate, until now. It is with great pleasure that we offer you a range of these extraordinary wines knowing their impeccable provenance.

While other wine dealers may offer Haut-Brion, few can guarantee their provenance. Since 1980, we at Fine Wines International have cultivated decades-long relationships that have lead to our ability to source from the estates themselves or their negociants. In the case of Haut-Brion, we are delighted to be working directly with Prince Robert de Luxembourg at Chateaux Haut-Brion, to continue our commitment to bring you only the most exceptional wines with guaranteed authenticity and panache. 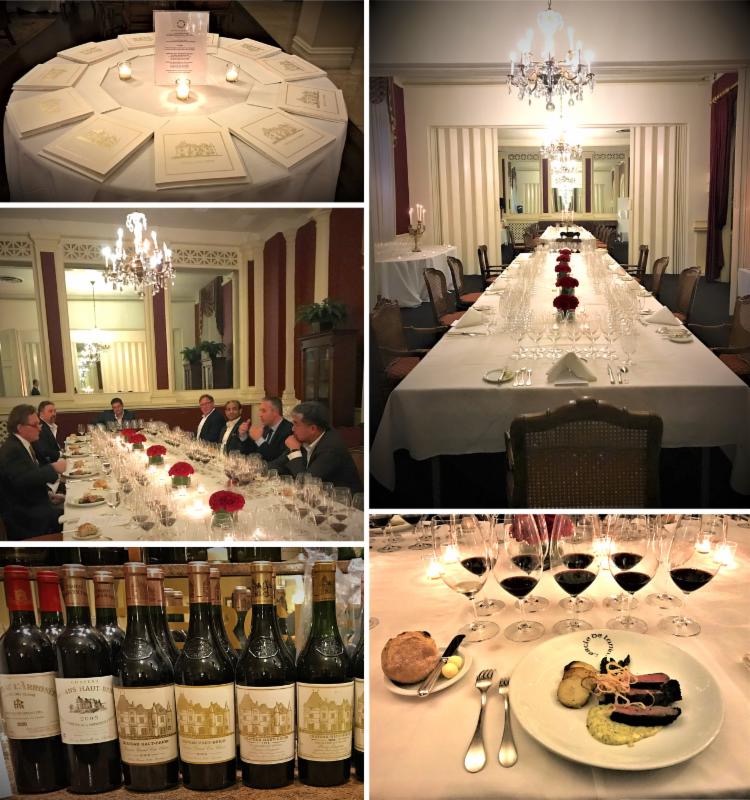 When it comes to credentials, it’s difficult to top Château Haut-Brion. The estate has been in continuous cultivation since the Menuts monks planted grapes there 600 years ago, and the vineyard gained a good reputation early in its history, when famed wine connoisseur Samuel Pepys noted that the wine had a “good and most particular taste.” This 1663 testament makes Château Haut-Brion the first wine to enter the annals of history with a professional review.

As the wine’s reputation grew, it would gain more illustrious fans, most notably Thomas Jefferson, who waxed poetic about the vineyard’s unique terroir, noting with excitement “The soil of Haut-Brion, which I examined in great detail, is made up of sand, in which there is near as much round gravel or small stones and very little loam like the soils of the Medoc.” He went on to create his own classification of Bordeaux, and listed Château Haut-Brion as one of the region’s top four vineyards, a status that would be echoed 75 years later in the official classification of 1855, when the château became the sole first growth located outside the Medoc.

Among other firsts, Château Haut-Brion was the first Bordeaux château to produce truly age-worthy wine. Today, the wines still age exceptionally well and are also notable for being ready to drink at a younger age than other wines of the same caliber. The wines’ exceptional qualities stem in part from excellent management. In 1935, the American Clarence Dillon purchased the estate, which became his passion for the rest of his days. His granddaughter later married Prince Charles of Luxembourg and the couple took over the vineyard.

Today the estate is in the hands of Prince Robert de Luxembourg who looks after its legacy with the expertise of the talented Delmas family, continuing another tradition that stretches nearly 100 years. Both families are likewise responsible for the legendary Château la Mission Haut-Brion, which is separated from Château Haut-Brion by the old Arcachon road and train tracks. Under the able management of Jean-Phillipe Delmas, both labels have actually improved in quality, which is remarkable for wines that had already garnered such hefty laurels. The improvement in quality is in part due to stringent sorting in the vineyards and cellars. Since the early 1980s, the quantity of wine released under the Château Haut-Brion label has been cut in half, making it very rare indeed. Meanwhile, Jancis Robinson has described Château la Mission Haut-Brion as “the ultimate insider’s wine,” while Robert Parker has repeatedly awarded a full 100 points to wines from the estate.

In addition, the full selection of wines from the château are all highly recommended including the La Tour Haut-Brion from the adjoining estate, as well as the Grand cru classe l’Arrosee Saint Emilion, and the finely produced Bahans Haut Brion.